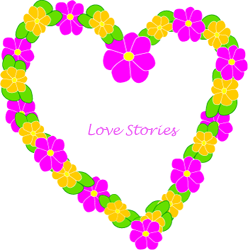 Sharing with my friends some short romantic love stories. These are probably not real but heart warming. Near the end, there are some very touching lines from real friends like you, those made me cry a lot!

A husband comes home drunk, vomits and falls down on the floor… Wife pulls him up and cleans everything.

Next day when he gets up, he expects her to be really angry with him… He prays that they would not have a fight.. to his surprise, he finds a note near the table that reads:

“Honey, your breakfast is ready on the table, I had to leave early to buy groceries. I love you.”

He asks his son about what happened last night, his son told:

When mom pulled you to bed and tried removing your boots and shirt.. you were dead drunk and you said… “Hey lady! Leave me alone… I’m married!”

There was a girl who loved a boy so much. One day, she asked the boy: “If I tell you that I like you, do you take it as a joke?”

The boy replied: “Because I know you don’t like me, I know you love me!”

There was a girl named Victoria and a boy named Andrew. Everyday during school lunch, Victoria would look at Andrew and day dream until lunch was over. Everyday she would hope that he liked her. Victoria was very brave so one day she walked up to him and asked: “Do you like me?”

Victoria was so upset, she ran away but Andrew was too quick. He grabbed her arms and said, “You are so pretty you can never get prettier and I love you so much that I would do anything for you.”

A girl wanted a ring, but the boy gave her a teddy bear instead. In her anger the girl threw the bear on the road.

The boy rushed to take it back but was hit by a car and died.

At his funeral, the girl hugged the bear and the machine in it spoke: “Will you marry me?”

Guess what? She found a ring inside it.

Two butterflies were in love. One day, they decided to play a game.

Boy butterfly: “The one who first sits on this flower tomorrow morning means that one loves the other more.”

Next morning, the boy butterfly waits for the flower to open so that he can sit on it before the girl butterfly does… Finally, the flower opened but what did he see?

The girl butterfly had died inside the flower. She stayed in there all night so that early in the morning as soon as she sees the boy butterfly, she can fly to him and tell him how much she loves him.

One night a guy and a girl were driving home from the movie. The boy sensed there was something wrong because of the painful silence they shared between them that night. The girl then asked the boy to pull over because she wanted to talk. She told him that her feelings had changed and that it was time to move on.

A silent tear slid down his cheek as he slowly reached into his pocket and passed her a folded note.

At that moment, a drunk driver was speeding down that very same street, he swerved right into the driver seat, killing the boy. Miraculously, the girl survived. Later on, the girl opened the note and it read: “Without your love, I would die.”

In the paper the next day: A motorcycle had crashed into a building because of brakes failure. Two people were on the motorcycle, but only one survived.

The truth was that halfway down the road, the guy realized that his brakes broke. He didn’t want to let the girl know. He had her say she loved him, felt her hug one last time, then had her wear his helmet so she would live even though it meant he would die.

Here are some of my favorite touching lines collected from the makes me think network. These are very heart warming, some make me think a lot and some make me cry!

Today, when she woke up from an eleven month coma, she kissed me and said, “Thank you for being here, and telling me those beautiful stories, and never giving up on me… And yes, I will marry you.”

Today, I told my 18 year old grandson that nobody asked me to prom when I was in high school, so I didn’t attend. He showed up at my house this evening dressed in a tuxedo and took me as his date to his prom.

Today, my 21 year old Labrador (a type of dog) can barely stand up, can’t see, can’t hear, and doesn’t have enough strength to bark. But it doesn’t stop her from wagging her tail a mile a minute every single time I walk into the room.

Today, my high school boyfriend, who I thought I’d never see again, showed me the pictures of the two of us he kept in his army helmet while he was overseas for the last 8 years.

Today, I was driving home with my grandfather when he suddenly made a u-turn and said, “I forgot to get your grandmother a bouquet of flowers. I’ll pick up one from the florist at the corner down here. It’ll only take a second.” “What’s so special about today that you have to buy her flowers?” I asked. “There’s nothing specifically special about today,” my grandfather said. “Every day is special. Your grandmother loves flowers. They put a smile on her face.”

Today, a woman who must have her voicebox removed due to cancer is enrolled in my sign language class. Her husband, four children, two sisters, brother, mother, father, and twelve close friends are also enrolled in the same class so they can communicate with her after she loses her ability to speak aloud.

Today, my dad passed away from natural causes at the age of 92. I found his body resting peacefully in the recliner in his bedroom. In his lap, facing upright, were three framed 8×10 photographs of my mom who passed away about 10 years ago. She was the love of his life, and apparently the last thing he wanted to see before he passed.

Today, my father found my little sister alive, chained up in a barn. She was abducted near Mexico City almost 5 months ago. Authorities stopped actively searching for her a few weeks later. My mom and I laid her soul to rest. We had a funeral for her last month. All of our family and friends attended the ceremony except my father. Instead he kept looking for her. He said he “loved her too much to give up.” And she’s back home now because he never did.

Today, exactly 10 years ago almost to the minute, I stopped at an intersection and a car rear ended me. The driver was a student at University of Florida, just like me. He was cordial and apologetic. As we waited for the cops and the tow truck we chatted and started laughing together about all sorts of stuff. We exchanged numbers and the rest is history. We just celebrated our 8th wedding anniversary.

Today, I was in an accident that left me with a gash on my forehead. The doctors wrapped a bandage around my head and said I have to keep it on all week. I hate wearing it. Two minutes ago my little brother walked into my room wearing a bandage on his head. My mom said he insisted that he didn’t want me to feel alone.

Today, as my 91-year-old grandfather (a military doctor, war hero, and successful business owner) rested in his hospital bed, I asked him what his greatest life accomplishment was. He turned around, grabbed my grandmother’s hand, looked her in the eyes, and said, “Growing old with you.”

Today, exactly twenty years ago to the hour, I risked my life to save a woman who was drowning in the rapids of the Colorado River. And that’s how I met my wife – the love of my life.

Today, after I watched my dog get run over by a car, I sat on the side of the road holding him and crying. And just before he died, he licked the tears off my face.

Today I was approached by a homeless man who asked if I had any change. I only had two dimes, but I gave it to him anyway. As I watched him walk away, he put the dimes in an expired parking meter of a strangers car.