by Stephen on October 18, 2012
in Inspirational Stories, True Stories

Walt Disney was fired by a newspaper editor because, “he lacked imagination and had no good ideas.”

Thomas Edison’s teachers told him that he was “too stupid to learn anything.”…

If you are failing, keep on going. The current obstacles are the foundation of your future success. 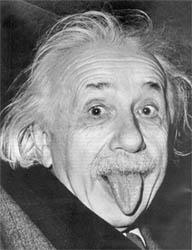 Most of us take Einstein’s name as synonymous with genius, but he didn’t always show such promise. Einstein did not speak until he was four and did not read until he was seven, causing his teachers and parents to think he was mentally handicapped, slow and anti-social.

Eventually, he was expelled from school and was refused admittance to the Zurich Polytechnic School. It might have taken him a bit longer, but most people would agree that he caught on pretty well in the end, winning the Nobel Prize and changing the face of modern physics.

Today Disney rakes in billions from merchandise, movies and theme parks around the world, but Walt Disney himself had a bit of a rough start. He was fired by a newspaper editor because, “he lacked imagination and had no good ideas.”

After that, Disney started a number of businesses that didn’t last too long and ended with bankruptcy and failure. He kept plugging along, however, and eventually found a recipe for success that worked. 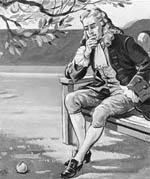 Newton was undoubtedly a genius when it came to math, but he had some failings early on. He never did particularly well in school and when put in charge of running the family farm, he failed miserably, so poorly in fact that an uncle took charge and sent him off to Cambridge where he finally blossomed into the scholar we know today. 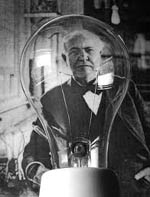 In his early years, teachers told Edison he was “too stupid to learn anything.”

While Ford is today known for his innovative assembly line and American-made cars, he wasn’t an instant success. In fact, his early businesses failed and left him broke five times before he founded the successful Ford Motor Company. 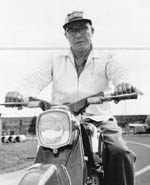 The billion-dollar business that is Honda began with a series of failures and fortunate turns of luck. Honda was turned down by Toyota Motor Corporation for a job after interviewing for a job as an engineer, leaving him jobless for quite some time.

He started making scooters of his own at home, and spurred on by his neighbors, finally started his own business. 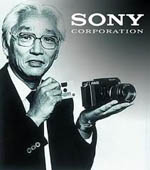 You may not have heard of Morita but you’ve undoubtedly heard of his company, Sony.

Sony’s first product was a rice cooker that unfortunately didn’t cook rice so much as burn it, selling less than 100 units. This first setback didn’t stop Morita and his partners as they pushed forward to create a multi-billion dollar company. 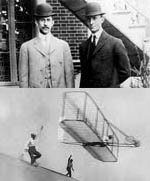 These brothers battled depression and family illness before starting the bicycle shop that would lead them to experimenting with flight.

After numerous attempts at creating flying machines, several years of hard work, and tons of failed prototypes, the brothers finally created a plane that could get airborne and stay there. 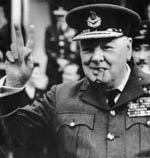 This Nobel Prize-winning, twice-elected Prime Minster of the United Kingdom wasn’t always as well regarded as he is today.

Churchill struggled in school and failed the sixth grade. After school he faced many years of political failures, as he was defeated in every election for public office until he finally became the Prime Minister at the ripe old age of 62. 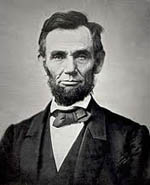 While today he is remembered as one of the greatest leaders of our nation, Lincoln’s life wasn’t so easy. In his youth he went to war a captain and returned a private (if you’re not familiar with military ranks, just know that private is as low as it goes.)

Lincoln didn’t stop failing there, however. He started numerous failed business and was defeated in numerous runs he made for public office. 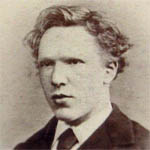 During his lifetime, Van Gogh sold only one painting, and this was to a friend and only for a very small amount of money.

While Van Gogh was never a success during his life, he plugged on with painting, sometimes starving to complete his over 800 known works. 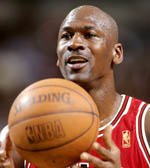 Most people wouldn’t believe that the man often lauded as the best basketball player of all time was actually cut from his high school basketball team.

Luckily, Jordan didn’t let this setback stop him from playing the game and he has stated, “I have missed more than 9,000 shots in my career. I have lost almost 300 games. On 26 occasions I have been entrusted to take the game winning shot, and I missed. I have failed over and over and over again in my life. And that is why I succeed.”

Compiled with data from Online College

“Next time you’re feeling down about your failures in college or in a career, keep these famous people in mind and remind yourself that sometimes failure is just the first step towards success.”
{ 17 comments… add one }