This incident happened in Charlotte, North Carolina, USA, in September 2008. 14-year-old Chelsea Barton was born five weeks prematurely which resulted in developmental disabilities and serious health problems all her life.

Chelsea got sick very easily and going back and forth to the hospital very often. In 2008, she caught pneumonia and was eventually put on life support at Presbyterian Hospital in Charlotte, North Carolina.

Doctors told Chelsea’s mother that there was no hope for young Chelsea’s recovery.

The family gathered one last time in Chelsea’s hospital room to say their goodbyes and the order was giving to disconnect her from the life support system and “just let nature take its course.”

It appeared that Chelsea had another visitor just after the life support was disconnected!

As her mother waited for the girl to take her last breath, an image of bright light appeared on the hospital’s security monitor screen. Within an hour, the dying girl began a recovery that doctors were at a loss to explain.

The mother and other workers noticed an image of an angel in light on the security surveillance monitor near the hospital room door and the mother managed to capture the image with her cell phone camera.

The mother told that at first she thought that it was the angel-of-death coming to take her daughter but shortly afterwards Chelsea started showing signs of improvement.

It would be another two months before Chelsea finally left the hospital to return home but her mother is so convinced that Chelsea was saved by divine intervention.

God is real and does care for us! 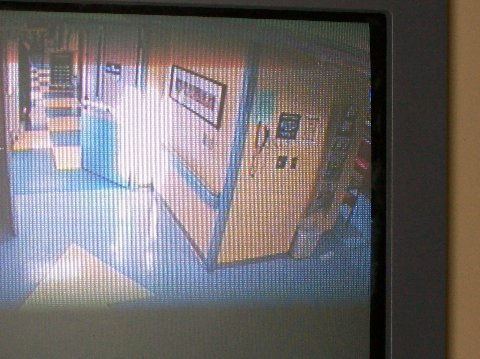 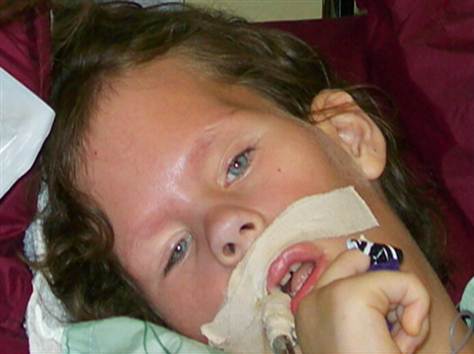 Next post: 13 rules you did not learn in school

Previous post: A female pilot with no arms – true story!